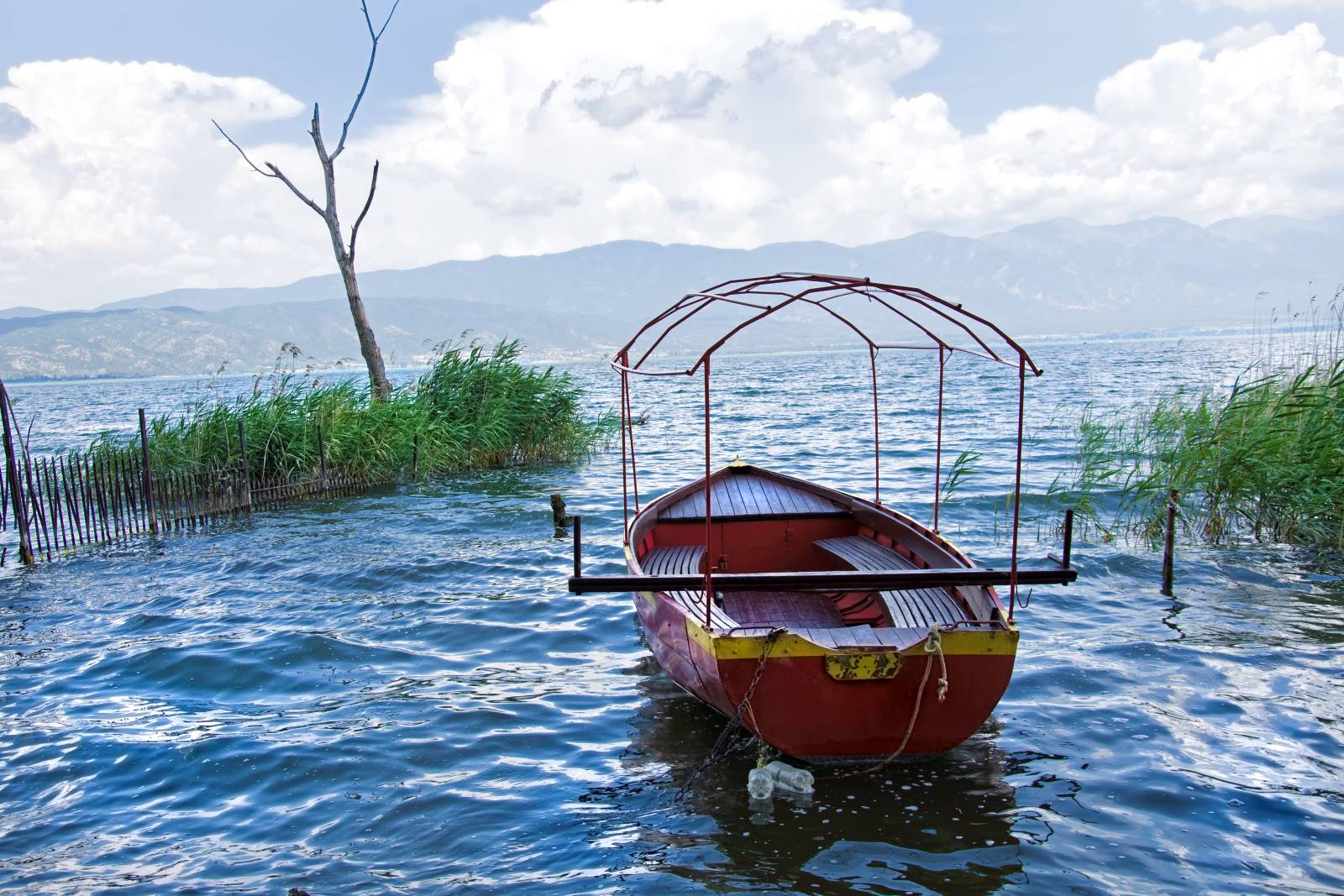 Welcoming the group at the International Skopje airport. We drive to the great Macedonian wine region, Tikvesh. Accommodation in the winery hotel Popova Kula in the town Demir Kapija. We will make a tour around the winery with an explanation about the wine-producing process and the varieties of wine. In the late afternoon, we go to the vineyards to start with the photo shutting. We will take a walk around the small town to mingle with the locals and find out about the local culture, traditions, and everyday life. The oldest archeological findings prove that people in this area have grown vineyards and have made wine since the 13 century B.C.  Overnight in the Winery hotel. Tonight we will have dinner that includes a few varieties of wine, cheese, and meat dishes.

After the breakfast in Popova Kula, we drive to Lake Dojran. Due to the Mediterranean climate of southern Macedonia, in the Dojran area, the vegetation starts blooming in early spring and continues to do so until late autumn. Even though Lake Dojran is only 10 meters deep at its deepest point, it is full of life. Typical view from the shore to the lake is the fishing boats and the fishermen’s huts standing on stilts above the surface of the water. The method of fishing here is original and very old, performed with the help of the cormorants, gulls, pelicans, and other birds that fly above the lake, directing the fish into the baskets where they are gathered in enormous quantities. A great photo shutting opportunity. We continue driving towards the city of Strumica where we will visit the nearby waterfalls of Kolesino. In the afternoon we are in the village of Gabrovo, a traditional Macedonian village for the eastern part of the country. The host farmers will be waiting for us there, willing to take us around the Strumica plain, one of the most important plains in the country well known for peppers production. We will pick up some fruits and vegetables from the fields and start cooking together with our hosts – fresh salads, fresh-baked bread and meat, homemade wine and natural fruit juices will be on our menu for the home-hosted lunch. Free time to explore the area on your own. Then we drive back to Popova Kula to finish the day with some more excellent wine and food.

We leave the wine region and drive to Bitola. On the way, if possible, we stop at the Pelagonia plane to take some photos of the farmers working in the tobacco fields. In Bitola, we stop for a coffee break in one of the city’s many cafes, then explore the stalls of the Old Bazaar or choose to take a guided tour of the ancient town and archaeological site of Heraclea Lyncestis, located on the outskirts of Bitola. Heraclea was founded by Philip II of Macedonia in the fourth century BC after he had conquered the surrounding region of Lyncestis. The city was named in honor of the mythological hero Heracles, whom Philip considered his ancestor. In the late afternoon, we are in Dihovo, another small village sitting in the foothills of Mountain Baba and National Park Pelister. A local beekeeper will teach us about the honeybees as they share their secrets, you’ll get hands-on with an open beehive demonstration. Afterward, we will enjoy a tasting of honey extracted straight from the comb before having a home-cooked meal and drinks in a traditional villa. All of the ingredients are organic and come from the family’s private gardens. Accommodation in Dihovo.

Pelister was declared a National Park in 1948. The mountain is Alpine and about 465 million years old. The highest peak in the park, Pelister is 2.601 meters high. One of the marks of the National Park is the five pine-fir called Molika, discovered in 1893 by the Austrian botanist August Grisebach. Today we use an off-road vehicle to get to Pelister lakes and observe the natural phenomenon called rocky rivers. The road leads through the villages of Trnovo and Magarevo to reach the glacier lakes calles the Big and the Small Pelister Lakes, or Pelister’s Eyes. Here you have an opportunity to tour the beautiful scenery and landscape, to breathe clean air and drink pure spring water. On the one side, you can see the Pelagonia Plane and Bitola, and on the other, Lake Prespa with Galichica Mountain in the background. We arrive back at Dihovo for a well-deserved dinner.

This morning we head to Kuratica – a village on the outskirts of Ohrid. Local hosts will welcome us and serve different specialties from the traditional Macedonian cuisine, all that combined with homemade wine and a glass or two of the traditional alcoholic drink, rakia. The bread and some of the pies come directly from the old furnace, so you will be able to observe the whole backing process. Then the hosts will take us to a short donkey safari around the village, exploring the beautiful nature that surrounds the village. Later in the afternoon, we drive to Ohrid. After the check-in to the hotel, we start a short city tour. Ohrid Lake is Europe’s oldest lake and the town Ohrid, as one of the oldest human settlements in the world, it’s got a wealth of historic sites and religious monuments to discover. The town has once been home to 365 churches, earning it the nickname ‘the Macedonian Jerusalem’. We will explore some of the many ancient sites in the old part of the town, finishing at St. John of Kaneo church, which sits on a rocky outcrop overlooking the lake, one of the most popular in Macedonia. A perfect place for sundown photo shooting. Back in the center by small boats and free evening.

Leaving Ohrid, we head to Macedonia’s capital Skopje. The first stop before arriving in the capital, is one of the most beautiful canyons in Europe, Matka, located on the Treska River. We will have a lunch break in the restaurant on the bank of the river, a fish stew and grilled river trout, and by small boats, we will ride 6 km upstream to visit the cave Vrelo, full of natural cave decorations. Free time in the canyon for individual activities and photo sessions. Next, we drive on to Skopje. After the accommodation, we start a relaxing walking tour from the Old Turkish Bazaar, mingling with the locals, meeting different cultures, and religions and seeing old forgotten crafts. We walk to the modern center of Skopje, across the Stone Bridge, the landmark of the city. In the very center, we stop in front of the monument and fountain of Alexander the Great. The next stop will be the memorial house of Mother Teresa. She was born in Skopje in 1910. Tonight we have a farewell dinner in a national restaurant. Overnight in Skopje.

Breakfast and transfer to the International airport of Skopje.

Services for the tour