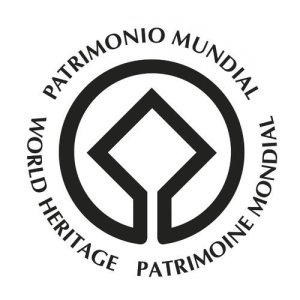 Ohrid is located in the southwest part of Macedonia, on the shores of the Ohrid Lake, one of the oldest lakes in the world, on an elevation of 695m, above the sea level. The city has around 50.000 inhabitants and the majority are Christian Orthodox. In the antiquity known as Lychnidos, or “The City of Light”, Ohrid is a never-ending story that has begun in the prehistory and lasts through many periods up to the present.

Many civilizations left their traces on the soil of this magnificent city. After the Slavic colonization, the city will get Slavic features and today, the official name of the city derives from the Slavic words “vo hrid”, meaning “on a hill”, since the old town of Ohrid stands on a hill. It is the center of spiritual culture, the city of 365 churches, it is our Jerusalem on the Balkans, the leading center of Slavic cultural and literary activity whose patron is St Clement, the creator of the Cyrillic alphabet who founded the first Slavic University in the 9th century. Today, Ohrid is a major tourist center in the Republic of Macedonia. Due to the universal, cultural, historical and natural value and significance, the city in 1980 and the Ohrid Lake in 1979 were accepted as cultural and natural World Heritage Sites by UNESCO. Ohrid is one of only 28 sites that are part of UNESCO’s World Heritage that are cultural as well as natural sites. 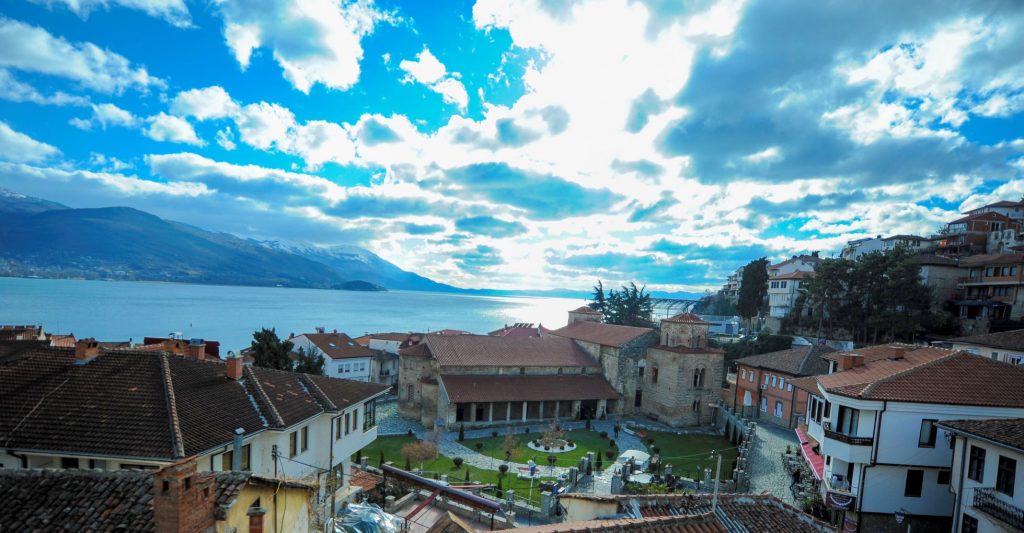 St. Sopfia church is one of the most important churches in Macedonia and is on the coat of arms of the Macedonian Orthodox church

St. Sophia church is located in the old part of the city. The Cathedral is dedicated to the Holy Wisdom, built on the foundations of an early Christian basilica and it was renovated and adorned with frescos in the time of the archbishop Leo in the period between 1037 and 1056.

The church is a landmark of Ohrid, it offers a breathtaking view of the whole Ohrid lake and its settled in the old part of the city.

The Church of St. John Theologian Kaneo is built during the 13th century. Standing alone on a cliff overlooking the Lake of Ohrid, above the fishing settlement of Kaneo, the architecture is a combination of Byzantine and Armenian elements. 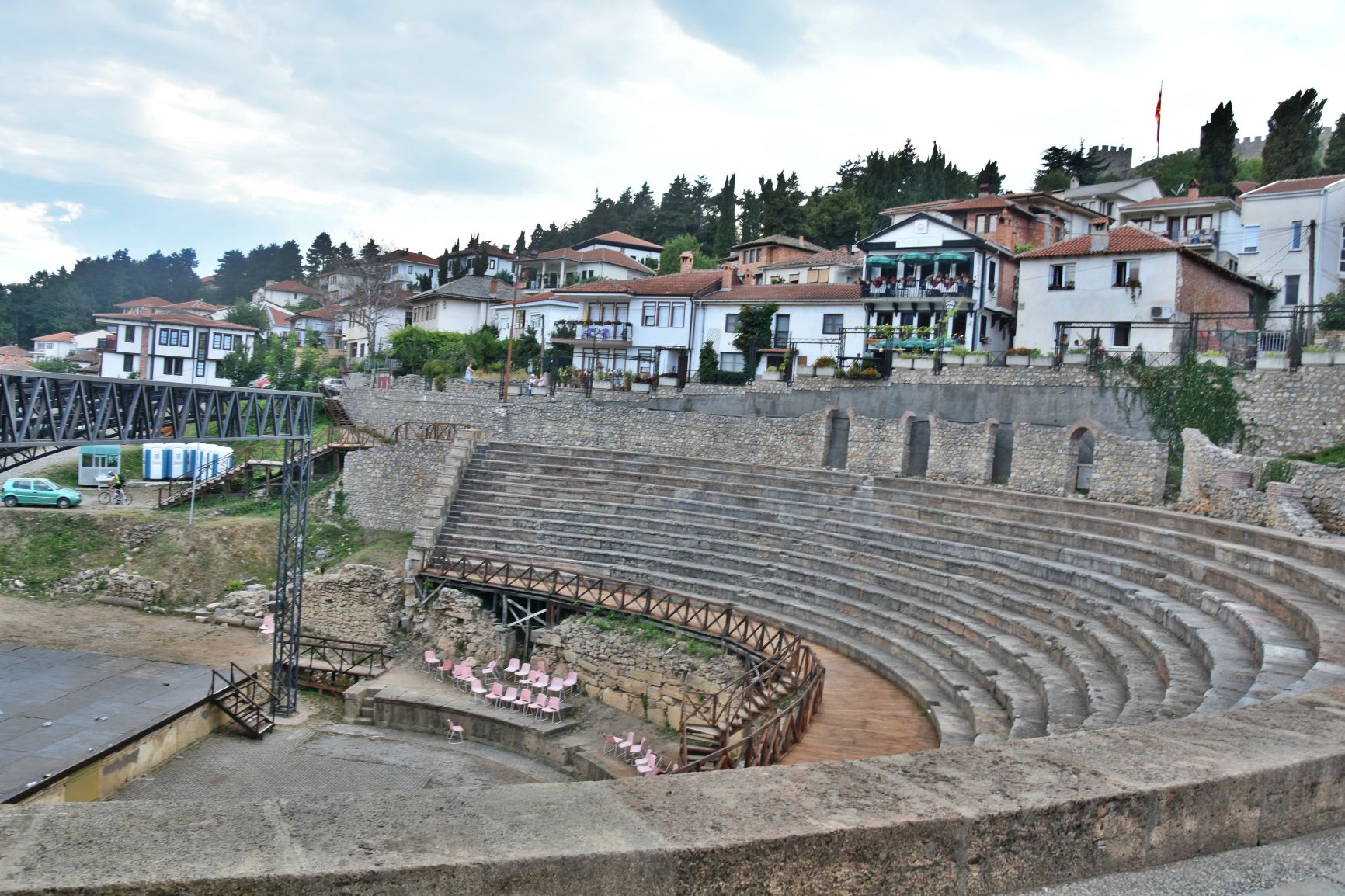 The Ancient Theater is located at the foot of the eastern slope of the higher Ohrid hill, under Samuel’s Fortress. It is near one of the main entrances to the fortified city – the Upper Gate

The Ancient Theater dates back to 200 B.C. during the time of late Hellenism. It was used by the Romans for gladiator fights until the 4th century when Christianity became the official religion of the Roman Empire.

Ohrid fortress is the symbol of the town, the walls and the towers of the fortress occupy the entire city hill which rises to 100 meters above the lake level.

The fortress was build by the Macedonian king Philip II, in the 4 century b.c. Through the ages, the fortress has been destroyed many times, rebuilt and upgraded. But, most of the walls and the preserved towers date from the time of Tzar Samoil, who ruled from 976 until 1014 and made Ohrid the center of his empire. Because of that, today the fortress is called Tzar Samoil fortress. 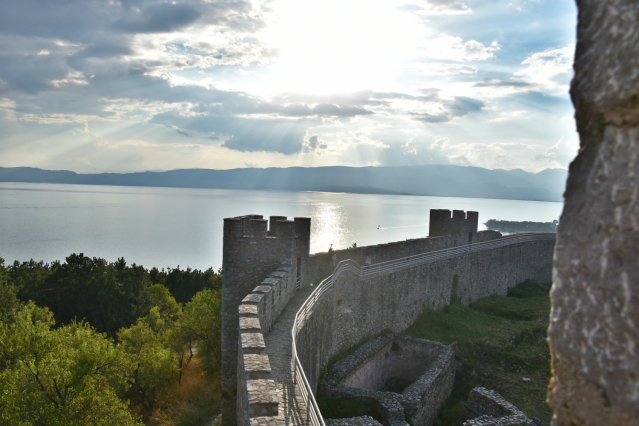 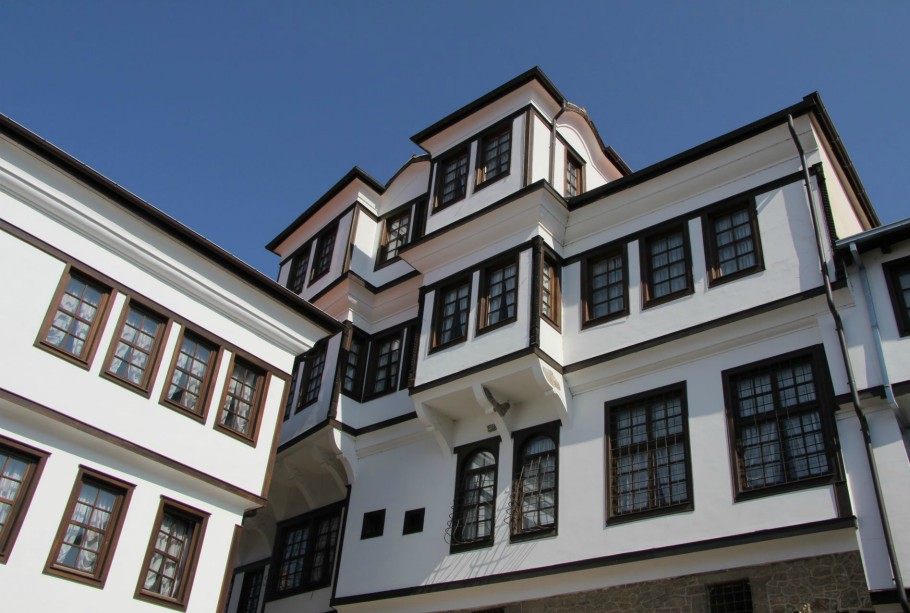 The biggest part of the museum consists of an archaeological collection that presents the archaeological treasure from the region. The most important exhibition is the Golden room. It includes precious antiques, above all, the Golden Mask from the 5th century BC, as well as many other gold, silver and glided items found during excavations in Ohrid and the archaeological sites Trebenishte and Deboj. 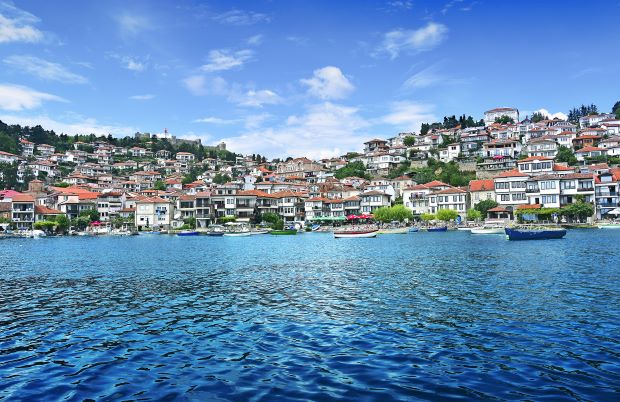 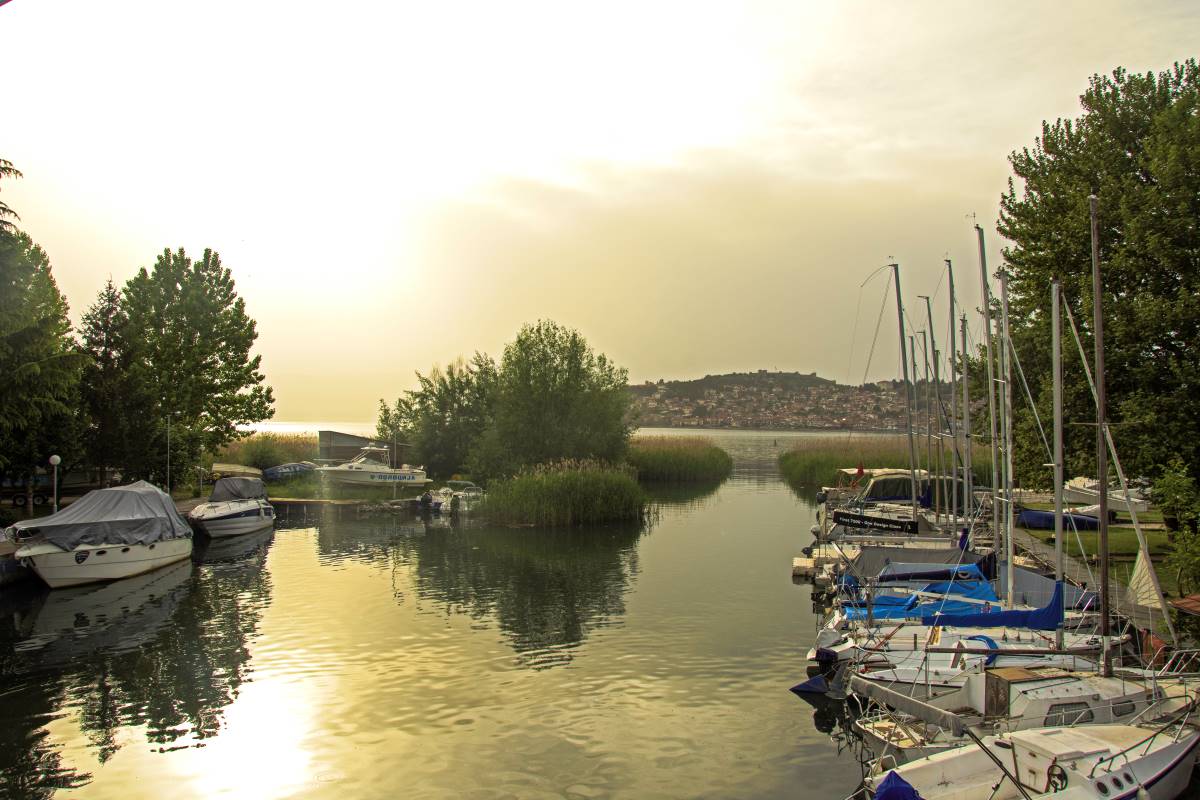 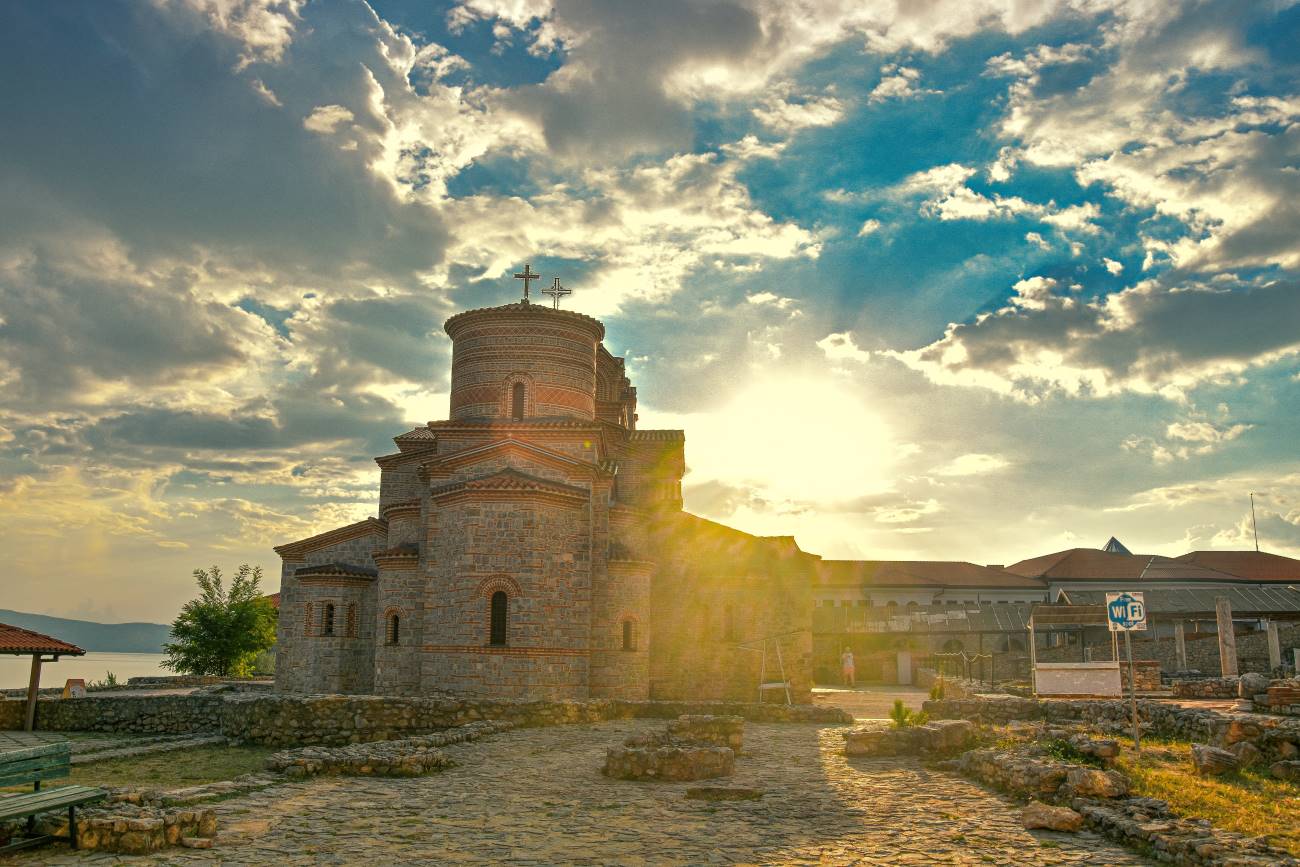 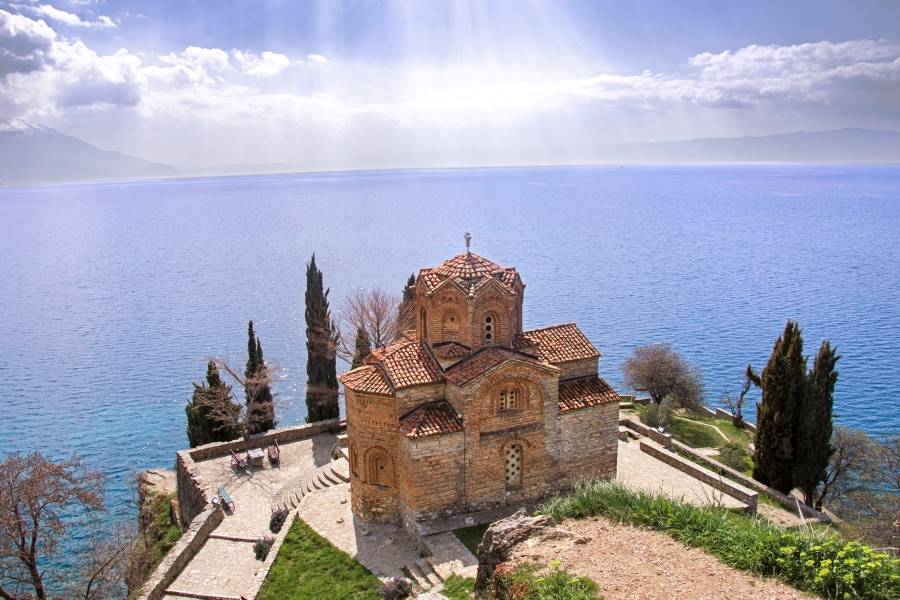 If you want to explore Ohrid and learn more about this city museum, visit our web site for Ohrid