The underwater investigations conducted in the Bay of Bones give rich material and information for the life of prehistoric people who lived in these areas, around Ohrid lake. The divers found 6.000 wooden piles at the bottom of the lake, together with plenty of other artifacts and bones. That is the reason why the name of this museum on the water is – Bay of  Bones. Another interesting fact is that the divers found bones from animals only, they didn’t find any human bones. An explanation for this is that, in that time, human bodies were burned. All the materials that the divers found, date back to Late Bronze Age and Early Iron Age from 1.200 B.C. to 700 B.C. At that time, the settlement was three times bigger than the replica of the settlement which can nowadays be visited. The museum was built in 2008; and later 8 replicas of prehistoric houses were built on the platform above the lake. The platform is connected to land by a wooden bridge. In the time of the prehistoric people, there was also a bridge, but back then the bridge was mobile. With this mobile bridge, the prehistoric people could defend and protect themselves from the dangers that came from the ground. As soon as the construction of this museum was completed, it has become one of the most visited sites in Macedonia, so the government decided to expand the museum. In 2010, the settlement on the water was expanded and 16 more prehistoric houses were built.

These prehistoric settlements and the way of life of the prehistoric people from these areas, are also described by Herodotus in one of the chapters from his books:

“They (the dwellers) who dwelt about Mount Pangaeum and they likewise who inhabited Lake Prasias, were not conquered by Megabazus. He sought indeed to subdue the dwellers upon the lake, but could not effect his purpose. Their manner of living is the following. Platforms supported upon tall piles stand in the middle of the lake, which were approached from the land by a single narrow bridge. At first, the piles which bear up the platforms were fixed in their places by the hole body of the citizens, but since that time the custom which has prevailed about fixing them is this: They were brought from a hill called Orbelus, and every man drives in three for each wife that he marries. Each has his own hut, wherein he dwells, upon one of the beneath: and their wont is to their baby children by the foot with a string, to save them from rolling into the water. They feed their horses and their other beasts upon fish, which abound in the lake to such a degree that a man has only to open his trap-door and to let down a basket by a rope into the water, and then to wait a very short time, when he draws it up quite full of them. The fish are of two kinds, which they call the Paprax and the Tilon.” 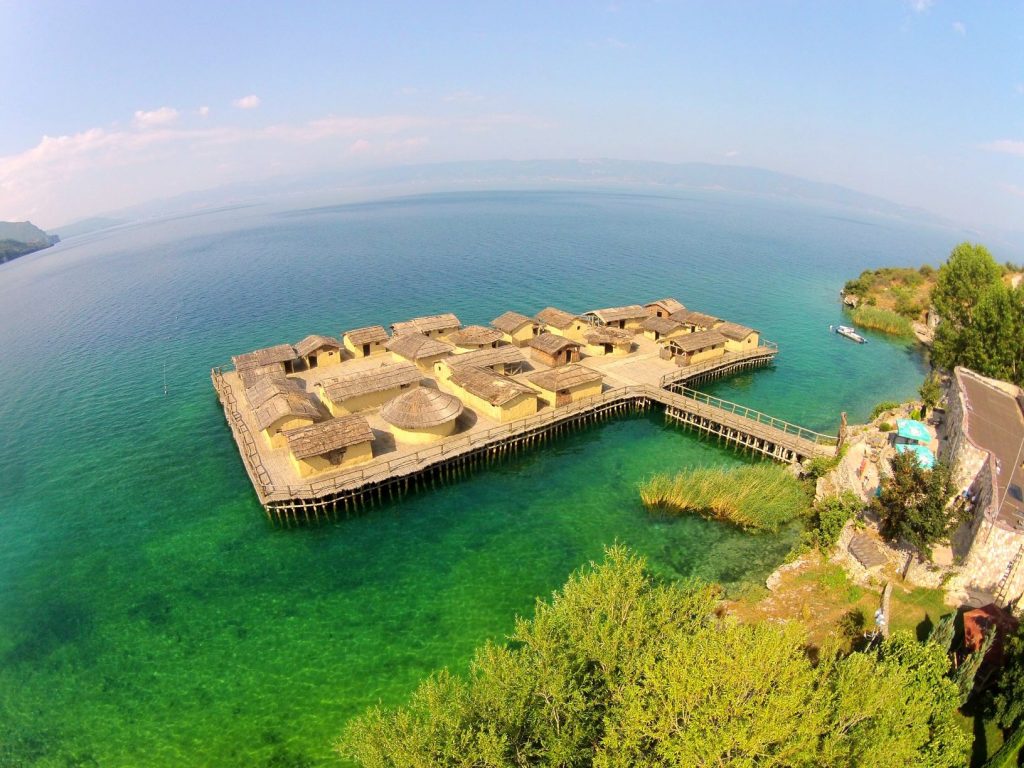 On the settlement are 24 reconstructed prehistoric houses, in round and rectangular shape. Inside the houses you can see how the prehistoric people were living, you will see items and tools they used in everyday life.

Inside the museum building you can see original artifacts from the original settlement. Before building this museum in Bay of bones we had 10 years of underwater archaeology exploration, all the artifacts founded are old from 12th to 7th century B.C and are places in this museum. Also in the museum always you will be accompanied with professional curator. Also the visitors which was more time to spend in this place can see movie about Ohrid lake and its beauties. 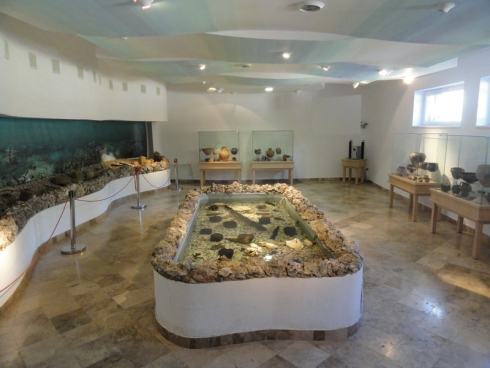 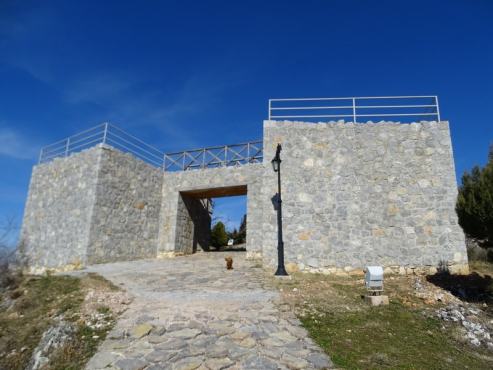 The fortress is part of the museum complex “Bay of Bones” and it dates back to the 3rd century A.D. The fortress offers gorgeous views of the prehistoric settlement, Ohrid lake and the mountain Galichica. There are picnic areas in the fortress, too.

For tourists which love scuba diving this is the right place. Explore the original settlement and admire on one of the most clear lakes in the world with more than 21 meter transparency of the water. 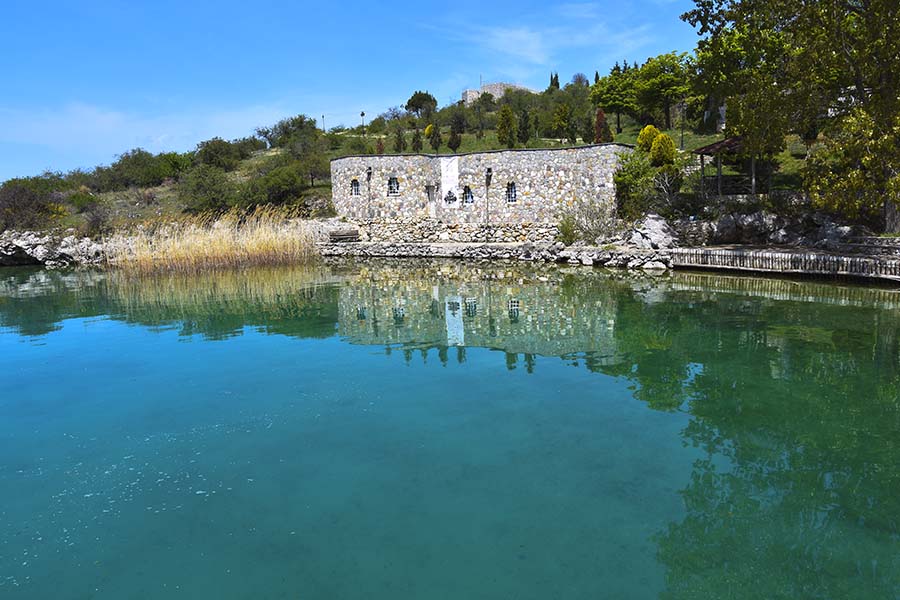